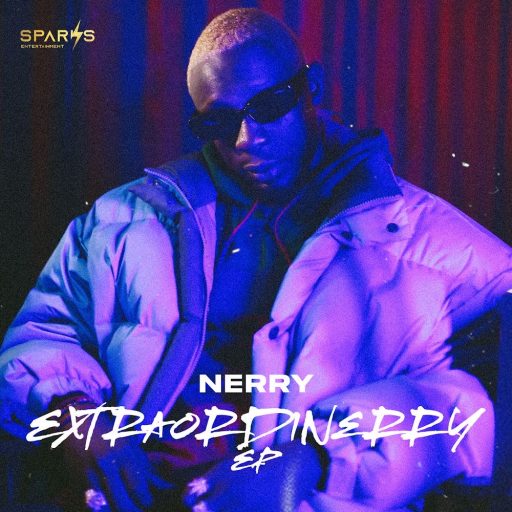 Born Nerry Omoruyi Efosa, Nerry’s musical background dates as far back as his childhood days when he would perform the trending Awilo and Daddy Showkey’s songs to his family during Christmas parties.

His musical talent first caught the attention of his grandma who was a deaconess in a church. On noticing his love for music, she supported him to join the church choir where he laid the foundation of his now budding career. It was more than a coincidence that he became housemates with his friend, a producer named Crispy who also inspired him to step out of his shell and show the world his talents.

Extraordinerry, is a fusion of Afrobeats, Afropop and Afrotrap, and is inspired by Nerry’s love for music and the zeal to showcase his unique sound. Every song on the EP is inspired by love, relationships and his passion for making money. Nerry considers the EP the brainchild of his months of hard work and sleepless nights.

The Lagos/Accra-based star is inspired by international artistes like Jay-Z, Wiz Khalifa, J Cole and legendary Bob Marley. He also draws inspiration from notable Nigerian musical veterans such as Victor Nwaifo, 2 face, M.I and Asa. He believes that this EP will not only meet the expectations of his already growing fanbase but also introduce his unique sound to a new audience.

“For My Head”, “I like Woman” and “Nobody” are songs on the EP that tells the story of emotional connection and promises of true love. “Get It Today” and “On

The Low”, on the other hand, would motivate any hustler to stay focused and never sleep on the grind.
In the process of creating the sounds in the EP, he recorded every day for several months and ended up creating more songs that his management had to make a strategic decision to decide what songs will make the EP.

When he’s not making dynamic music that’s melodic, soothing and easy to vibe to, he’s running a farm and investing in real estate and properties. Extraordinerry will be available on all digital platforms.