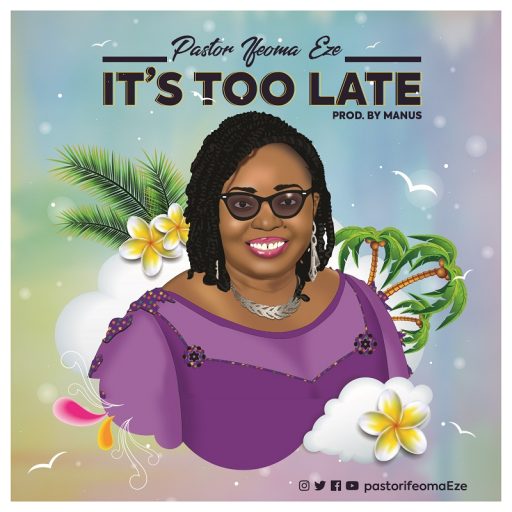 Pastor Ifeoma Eze shares a new single ‘ It’s Too Late’. The single is an answer, a song of praise and a declaration of the unshakeable faith she and all believers should have while serving God in both good and moments of despair! It is a song received in a place of deep meditation and intercession for all who cry while they serve God, telling of God’s unending and unchanging faithfulness. It is a story of how God has proved Himself faithful time and time again despite challenges. With its rhythmic beats and strong lyrics, its practically impossible not to dance to its beautiful melody produced by ace music producer Manus.

Verse 1:
It is too late for anyone to tell me that
My God doesn’t exist….
He’s proved Himself so real
So many times again
No matter how I feel