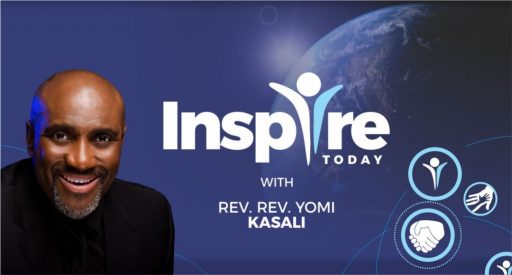 That is my prayer point as I pen down my thoughts for my readers on today’s article. There are different names for these people in life and ministry, some call them ‘Destiny Helpers’, others call them ‘Bridges’, those in the corporate world prefer the use of the word, ‘ladders to the next level’ or ‘shoulders to carry me’. Whatever they are called, I prefer the old biblical term Midwives.

The passage that Inspired my prayers is found in Exodus 1 v 15-16, “and the king of Egypt spoke to the Hebrew midwives, of which the name of the one was Shiphrah, and the name of the other Puah, and he said, when you do the office of a midwife to the Hebrew women and see them upon the stools, if it be a son, then you shall KILL him but if it be a daughter, then shall she live”.

Midwives are persons trained to assist women in childbirth or people that help in birthing new things. I knelt in prayers and cried to God to give me Midwives to help me birth the babies I’ve got on the inside of me. There are many people out there reading this article today who are also pregnant with dreams, ideas, businesses, ministries, initiatives etc, but only need midwives to help birth those babies within them.

We underestimate the power of midwives, but the King in Egypt knew very well, he asked them to KILL the babies if they were boys and keep the babies alive if they were girls. So, those who stand in between you and your destinies can KILL your dreams, businesses, ministries, and ideas, while good midwives who fear God will help birth your dreams.

So many of the great Bible characters had Midwives in their lives, people who helped them emerge to produce the heroes we know them to be today. It’s not only the Holy Spirit that produced these great men in the Bible, God also used other people to bring the best out of those we celebrate today. I pray God will also make me a Midwife to someone’s dream and help birth other people’s ideas, not steal them as they do in the world.

5 GREAT BIBLE DESTINY HELPERS (MIDWIVES)
MORDECAI PRODUCED ESTHER: Let me start with one of the greatest Bible Heroines of all times. Queen Esther that was used mightily by God to deliver Israel from the ‘would have been holocaust’ of their age. Let me inspire you with the real Hero of the story, a man called Mordecai, who mentored and coached this First Lady to become bold, fearless and courageous in delivering her people. Mordecai was the Midwife who birthed Esther….be a Mordecai today and produce an Esther.
NO DAVID WITHOUT JONATHAN: The biological brothers of the greatest king of Israel taunted him jealously and hated him intensely, but God gave David a brother from another woman’s womb, who was willing to defy the king’s order and worked hard to ensure David emerged as the king of Israel. Jonathan was the rightful heir to the throne of Israel but discerned the finger of God on the life of David. He thereafter denied himself of the pleasure of the throne and helped in birthing the crown to David. Be a Jonathan and prefer your brother to yourself.
THE BUTLER CONNECTED JOSEPH TO THE KING: There would be no Joseph in the palace without the Butler, he would have rotten in jail but for the Butler who played the role of the midwife well and connected him to the palace. I pray someone will remember your name today and connect you to the palace where your gifts will be celebrated not in jail.
BARNABAS RAISED PAUL: The most impactful Apostle in the New Testament was Paul, yet many of the older apostles doubted his sincerity after salvation. There was so much scepticisms and fear, they weren’t sure if it was a ploy of the enemy to ravage the church, but one man of God stood out of the crowd, decided to take his chances and mentored Paul, his name was Barnabas. He was the fellow responsible for raising Paul and others embraced him afterwards.
JOHN BAPTIZED JESUS: Even our Lord and Saviour needed a human Midwife for His ministry to be launched successfully, the great bold preacher called John the Baptist may have baptized many people but ONLY one baptism mattered before heaven and earth, the one conducted for our Lord Jesus. It was shortly after the baptism that the heavens opened, and a dove descended on Jesus. I pray you will have your own John release you to your Destiny.

I hope you have been Inspired to pray to God to send a Midwife your way, but more importantly, pray to become a Midwife for someone. Help birth another person’s dreams.