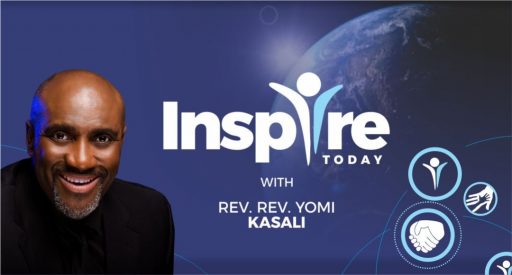 The above topic is from my Bible, the Lord categorically told the King that any form of Rebellion will be likened to Witchcraft, yet many believers and Christian leaders are encouraging rebellion in the name of the Lord.

I watched a video of a very popular preacher in the south-south area of NIGERIA, this person is always involved in one negative behaviour or the other, berating the Government concerning Covid19 and asking his members to refuse being tested because it’s the way of spreading the virus… laughable indeed.

The fellow was encouraging what the Lord condemned and Likened to witchcraft; Rebellion! Any act of Rebellion to constituted authority is considered wilful sin against the Lord because it’s strengthened by deliberate disobedience to those in authority. ‘For Rebellion is as the SIN OF WITCHCRAFT, and stubbornness is as iniquity and idolatry. Because you have rejected the word of the Lord, he has also rejected you from being king’ (1 Sam. 15 v 23).

The reason for the downfall of the first kind of Israel was summarized in above verse of scriptures, he was disobedient to the word of the Lord and it was considered as an act of Rebellion. The earlier verse says, ‘…Obedience is better than sacrifice, and to hearken than the fat of rams’, so God had to tell him that to obey His servant the prophet was better than sacrificing to God. This was a directive to a KING from the King of Kings so that he would know that Everyman should obey constituted authority.

Let me Inspire you today on the biblically recognized constituted authorities over our lives so that we can understand the mind of God concerning Obedience and Rebellion which is the opposite of Obedience in the spirit. It was for this reason that God casted out Satan from His presence and removed Adam from Staying in His garden. Let’s be obedient to those in Authority over us always.

5 CONSTITUTED AUTHORITY THAT THE BIBLE RECOGNIZES

I hope the above is clear and we can now shun Rebellion or else we shall consider you a WITCH.