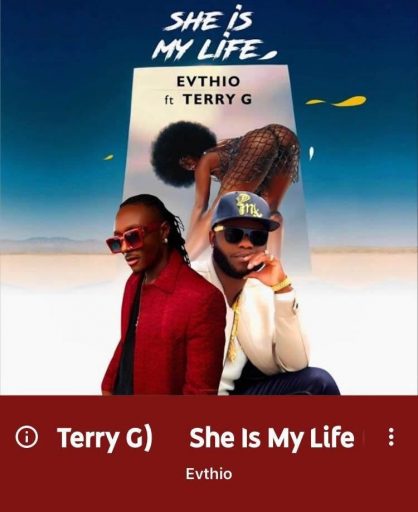 Multitalented African-American R&B and hip hop recording artist, composer, entertainer and record producer Known as Evthio, unleashes the much awaited heavyweight record titled “She Is My Life”, featuring Nigerian talented singer Terry G, after the release of “Baby Need Some” visuals on YouTube.

Evthio is known for his R&B-style vocals with some blends of Hip Hop, which are featured in his already released and upcoming hit songs. His songs are already playing on some radio stations, night clubs and bars worldwide. On his debut album, he surprised everyone by recording 10 tracks in a week.

Evthio distinguished himself as a musician with great resourcefulness and insight; he is a composer, singer, music story teller and an entertainer. His music expands the boundaries of musical composition, creating landscapes of sound that unearth feelings, energies, and memories for which we have no words.  Evthio is becoming a household name in the Americas and worldwide.

In his words, “The world is a single country separated with religions, borders, cultural and political ideologies…An Arab should see Latin, Africans, Americans, Asians, and Oceanians as Brothers and Sisters”.

Evthio comes through with this topnotch record “She is My Life”, featuring Terry G, which promises to rock speakers, dance floor, speakers and airwaves globally. “She Is My Life” single by Evthio is available on online music digital stores (ITunes, Apple, Spotify, Amazon and so on) for streaming and downloads nationwide.

Listen to the song below and share your thoughts.

Download MUSIC: Evthio Ft. Terry G – She Is My Life