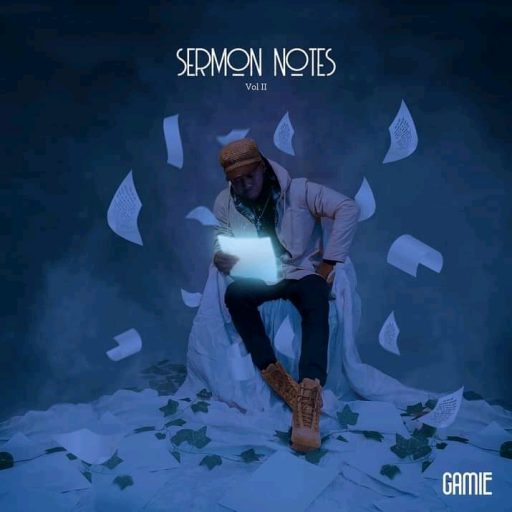 Arguably Nigeria’s most versatile Christian music rapper. Gamie is poised to spread the gospel through his blend of Hip-hop and afrobeats sounds. Since the start of 2021, Gamie has consistently released songs every week for months and shot videos for each song. Amazing yeah!!! He charged himself to make a song that summarises the message he hears from the pulpit every week. This he calls Sermon Notes. In April, he compiled some of these tracks into a body of work titled Sermon Notes, Vol.1. A Thirteen track album available on all digital stores. After releasing several tracks, he was featured on Clout Gospel on the 30th of May, 2021 where he did a mashup of So Da Mo &amp; Colours. He is set to end July on a high note with the release of Sermon Notes Vol.2 which comprises 11 tracks with songs such as Adupe, Colours, Cover Me, Gidigba and more household tunes. Stream Sermon Notes Vol.2 which is now available on all digital stores and don’t forget to check out Sermon Notes Vol.1 The videos to these tracks are available on his YouTube channel. Expect more tracks from GAMiE as he’s set to release 2 more albums this year.

ABOUT ARTISTE
Born and raised in Lagos Nigeria, Olumide Okesanjo well known as GAMiE is arguably Nigeria’s most versatile Christian music rapper.
His music is saddled with echoes of hope and addresses societal ills. This emo rap side is an extension of his poetic prowess.
Gamie has always been in good company. His first major release E Wo Won (feat. Florocka) which translates to “look at them” was produced by the legendary Florocka It was an unapologetic description of his stance as a gospel artist.
Since then Gamie has gone to release 3 albums some of which he self produced. He’s also dropped a single New Day featuring Nigerian Popstar Simisola well known as Simi.
He has also worked with the likes of Midnight Crew, and he’s a big fan of Lecrae, Ada Ehi , Limoblaze and Moses Bliss.