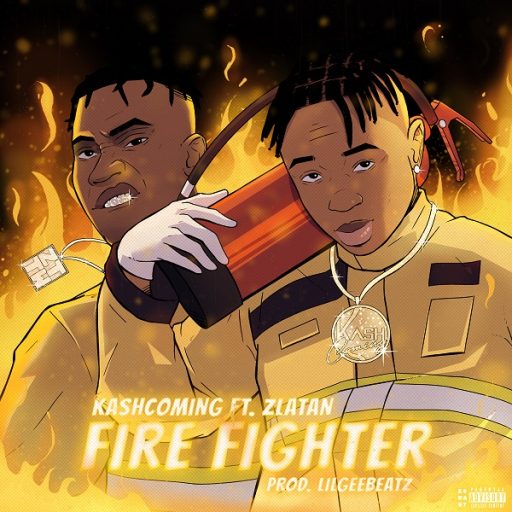 Kashcoming teams up With Zlatan on new single titled “Fire Fighter” Nigerian singer and songwriter, Kashcoming harnessed his passion for music at the very young age of twelve (12) Kashcoming was encouraged to kickstart his music career at 20 years old after blossoming in his first song Controller Kashcoming is influenced by musical legends such as micheal jackson, chris brown, Wizkid, Wande coal thus creating his music to be a blend of Rap, Pop, Soul, and Dancehall. Born Ashiru Kayode, Kashcoming has officially been in the music industry for two years now and is looking to extend his career further. To continue an impressive start to his career, Kashcoming released his debut project, “KASHCOMING VOL 1” a six tracks EP on 31st of January 2021, the EP has already garnered impressive numbers whilst finding its way to penetrate other markets. The hardworking songwriter dropped a new record “FIRE FIGHTER” Featuring Zlatan. He shared the song snippet on this social media pages few weeks back. The track embodies the artist’s usual melodious vibes as he sings about how additive his sound is, in the chorus, “call the fire fighters when the gbedu enter”