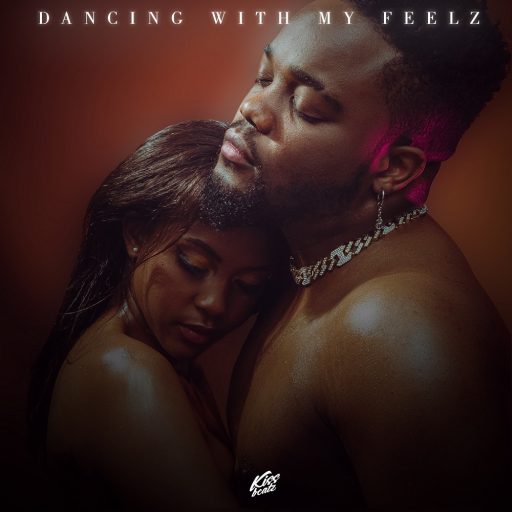 The singer, songwriter, composer, performer, and producer expand on his flair for romantic expressions, instantly melodies and his ability to blend together diverse music genres. Halfway through the year, and we can convincingly tell you that Kissbeatz is one of the most promising upcoming artists. Born in Congo (DRC), the ‘’FLASHY BOY’’ came to South Africa with a style of music that is a mixture of African, European, and American flavor. The singer of the enchanting lately released single ‘’Na Na’’ featuring the beautiful voice of Linda Montez from Rwanda, quickly made its way up streaming charts and is anticipated to start its radio rotation soon. Regardless, the buzz has directed attention to previous singles, ‘’Searching’’ and ‘’Flower’’, and also set the stage for his newly released EP ‘’DANCING WITH MY FEELZ’’. Since he announced a few months ago, ‘’DANCING WITH MY FEELZ’’ has been highly anticipated, especially as a formal introduction to one of the hottest new artists. While the EP displays only 4-tracks, including 1 previously released track, “Na Na” and an interesting lineup of features where we can find the previously mentioned Linda Montez, Una Rams and Fentse, it expands on the singer’s flair for romantic expressions, instantly catchy melodies and mix of diverse music genre that will get you moving. In addition to solely handling vocal duties throughout the EP, Kissbeatz also produced all the tracks. It goes without saying that ‘’DANCING WITH MY FEELZ’’ is the first of many more.