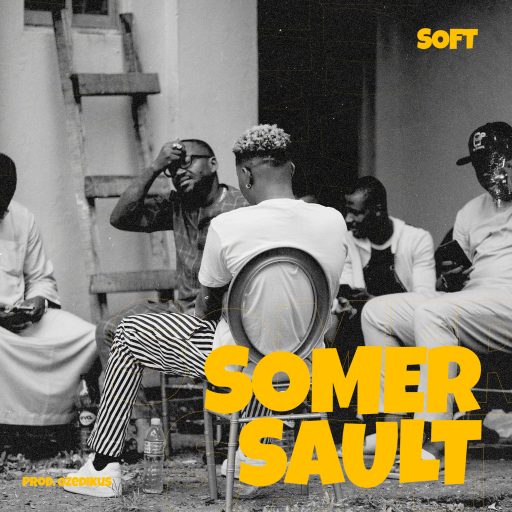 Soft follows up on his promise to deliver new banging content to his fans in this absolutely fire track called “Somersault”. Somersault is a mid-paced afro single arraying deeply rooted feelings from the young hit-heaver about the energy he received before his alignment with the limelight compared to what it is now. Softs journey is an inspiring tale of hardwork, growth and fulfillment. He intimates a few significant accounts in this song, of less than ideal scenarios he has been in that challenged that growth.

However, rising above these demons to unleash his potential in the face of doubt instigated a kind of harmony in his life that can only be expressed through music. The ebullience reflected in his melody on this track projects a certain uplifting and relatable vibe that tethers whoever listens to the elated sensations he has conceived. A systematically balanced combination of gbedu and lyrical superiority defines his rendition of this piece. Somersault will have you dancing to its sensuous tunes, enjoying an unbridled rhythmic cataclysm born out of pure creativity. Adeptly fashioned by the beast producer, Ozedikus, “SOMERSAULT” is a phenomenal banger you definitely should vibe to! Stream now!